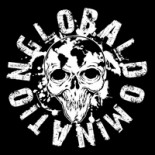 Habakuk: Yacht rock homage from around the Soilwork camp. This is actually fucking awesome. 9

Myrkrarfar: Catchier than Ghost. Cheesier than Miami Vice. Better than most everything. Worship the HOOKS! 9

Ziv: A highly enjoyable and brilliantly well-executed pastiche/homage of eighties AOR and yacht rock with Venice Beach as a backdrop. Bjorn Strid’s vocals are brilliant and perfect for this genre of music. A good kind of cheese if slightly on the longish side. 7

Aggressor: An AOR-face punch so clean that it makes Journey sound like garage rock. The amazing “Lovers in the Rain” with its dreamlike keyboard arpeggio makes me think about Rainbow’s masterpiece “Street of Dreams”. 8

Myrkrarfar: As Demonaz and Horgh’s album sounds more Immortal than Abbath’s solo effort, clearly the right side took over the name. Even though the lyrics are abysmal, “Northern Chaos Gods” is probably the best Immortal album since “At the Heart of Winter”. 8

Ziv: Sans Abbath, Immortal sounds darker and more menacing. Hardly any risks have been taken, the duo preferring to visit old lyrical and musical themes whilst making it sound strangely relevant, with Demonaz’s rasp bringing an aura of much needed seriousness. 9

Aggressor: Damn, the aggressive riffs and raw energy are like getting hit by a hammer…or maybe a blizzard is more fitting. Demonaz’ vocals are far from bad, quite the opposite, but kind of more generic compared to the iconic snarling of Abbath. 8

Axis of Despair: Contempt for Man

Habakuk: Heavy as shit Nasum-like grind by some seasoned and well-versed musicians. Not too bad. 7

Myrkrarfar: When a kick in the teeth just ain’t enough. 7

Ziv: Filthy crusty Swedish grind comprised of a who’s who lineup of that particular scene. Excellent even if not breaking any new ground. 7

Aggressor: Some brutal Swedeath served in the form a dozen concentrated violent compositions. The whole album closes with the epic mastodon “Flytande död” that clocks in on just over three minutes. 6

Habakuk: Heavy as sin, but I wish the realms of death were entered a bit more often. 7

Myrkrarfar: A crushing comeback by one of the premier doom/death acts. It’s like Candlemass making out with Obituary and Celtic Frost, in a totally homoerotic way. 7

Ziv: Great atmospheric doom death metal high on the ambiance. Makes me want to rediscover their back catalogue. 8

Aggressor: Hm, I think I have heard all the riffs here on the last doom album I listened to. 4

Myrkrarfar: Technical and progressive death metal is a vile instrument-wanking pit of sterile productions and non-existent songwriting. Luckily, once in a while an album like “Diluvium” comes along. Heavy and catchy riffing and imaginative yet effective arrangements build a great fundament above which the mindblowing guitar leads and exotic bass excursions soar, reaching into galaxies unknown. 8

Ziv: You want some technical as fuck death metal replete with what has to be one of the worst bass tones ever recorded? Look no further! Obscura’s fourth opus is a musician’s metal maelstrom full of atonality and polyrhythms that will make you shit your pajamas whilst wetting the bed! You do that while I go listen to the new Atavisma. 6

Aggressor: I don’t get the point of the occasional synthesizer-vocals, but it sure ain’t helping. 3

Myrkrarfar: Get your groove boner on and flesh it out to some old school death metal. 5

Ziv: Symphonic death metal that has its moments. But do yourself a favor: go listen to the first two albums and forget all other releases by these specialists of jumping on the latest bandwagon trend. 6

Aggressor: Aggressive clean death/thrash with some pads and epic synth choirs to make it stand out a bit. 6

Powerwolf: The Sacrament of Sin

Habakuk: I didn’t remember them to be THIS heavily Sabaton-influenced, but if someone can make that formula work, it’s ze Germans. Have to revisit. 7

Myrkrarfar: Powerwolf is a better Sabaton than Sabaton, even if that doesn’t say much. And they wrote an Amon Amarth song as well. What is it with these Germans aping after Swedish bands? Are they insecure in their non-Vikingness? Even though the macho cheese is a bit repulsive, I can’t help but tap my foot to some of these IQ-bereft hymns of glory and honour. Please help me. 5

Ziv: Harrowing Teutonic power metal that must be an inside joke because there’s no way anyone can stand behind this. 3

Aggressor: You can probably sing along with all the tracks before you’ve even heard them and I am a sucker for that. 8

Habakuk: If Obituary seemed like a twisted mindfuck for you, try those guys. 6

Aggressor: Sometimes you just wanna lean back and enjoy the violence. 7

Dee Snider: For the Love of Metal

Habakuk: “Two people from Toxic Holocaust and a singer” would actually be a more appropriate and enticing name. 6

Myrkrarfar: I’ll pass on the Dee. 3

Ziv: At 63 years-old Dee Snider’s voice is still in top shape and shows us all why he is one of heavy metal’s greats, right up there with Dio and Halford. Album-wise the music is a hodgepodge of modern metal songs, some successful, some less. Though disjointed it still rocks pretty hard. 6

Aggressor: This is surprisingly energetic and Dee really is a good songwriter even though the choruses often sound like very generic ‘murican metal. 6

Habakuk: On paper I should like them, but something really keeps rubbing me the wrong way about them. The supposedly sinister atmosphere is just killed by too much going on. 6

Myrkrarfar: Children of Bodom and Dark Tranquillity decided to team up and play Megadeth covers from a Lemmy kind of viewpoint. Needless to say, they failed miserably and unfortunately created some of the most tedious metal in the multiverse in the process. No soup for you! 4

Ziv: Pedestrian extreme metal that the casual headbanger and his lil’ brother can enjoy together in the car ride to the mall. Thanks for the ride, mom! 5

Aggressor: Despite the fact that I find many riffs and song parts enjoyable, I have a hard time distinguishing the songs from each other. It could be that most guitar parts are played with the same constant up and down pattern in slightly different tempos. 6

Habakuk: If you are into power metal, this might really be for you? 6

Ziv: I get it, I get it. I’m not made for this type of neo power metal. Just like I was never made for Mikey’s other artistic endeavor Symphony X. Apparently some are. Good for them. 2

Aggressor: The album starts off with two pretty Symphony X-sounding tracks that make you go “Hm, did you really need to make this a solo album?”, but then “Fucking robots” comes on and you go “….OK, I get it”. So yeah, there is some experimenting going on, but at the bottom you have the solid foundation that Michael has spoiled us with. 7

Habakuk: Still don’t get it. 5

Ziv: The indie nerds will scream genius, the black metal elitists will scream fowl. But in the end it’s a decent album by a hyped up band that for some reason has captured the heart of “serious” music press. 5

Aggressor: This is a pop ballad album that just happens to have black metal vocals. 6

Habakuk: Super poppy female fronted rock – okay, but ultimately the best thing this has going for it is that it is not Alestorm. 5

Myrkrarfar: She can sing. That’s about it. 2

Ziv: Heavy pop rock for those European summer festivals where distorted guitar is a novelty and Alt_J is the epitome of all things rad. 0

Aggressor: There are more hooks here than in your average fishing tackle shop. Not all of them are exactly my taste, but they will drag you in, no matter if you want it or not. 7

Between the Buried and Me: Automata II

Myrkrarfar: Almost as diverse in quality as in genre variation, “Automata II” ranges from what-the-fuck to average to pretty awesome. 6

Ziv: This was such a sonic nightmare to endure that I’ll be reeling a while from this one. I dare anyone to subject themselves to BtBaM. They might actually make you hate music. 1

Aggressor: The only things standing between me and burying this album in a huge pile of shit are the first tracks that kinda catch you off guard with being a 13-minute prog epic and then a cabaret number. Kinda fun, the rest is not. 3

Bullet for My Valentine: Gravity

Habakuk: Linkin Parkish straightforward and way too modern rock-stuff. You should be 14 to enjoy. 4

Myrkrarfar: As soon as I put on Mullet Ain’t That Clandestine, my neighbour’s cat strangled itself. Lawsuit incoming. 1

Aggressor: We all had it rough during the teenage years, but not nearly as rough as these guys, as they are still singing about them. 3

This entry was posted on September 1, 2018 by Myrkrarfar in Audio Autopsy and tagged Atrocity, Axis of Despair, Between the Buried and Me, Bullet for My Valentine, Deafheaven, Dee Snider, Halestorm, Immortal, Jungle Rot, Michael Romeo, Obscura, Powerwolf, Runemagick, Skeletonwitch, The NIght Flight Orchestra.

The old forums
(until they die)